So, You Think Your Old Volvo is Safe 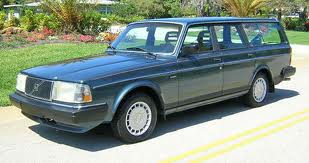 If you ask most people what car would be safer in an accident given a choice between a big old heavy Volvo 940 wagon pictured to the right or the tiny Renault Modus, most would choose the larger car. We decide these things based mostly on the “Bigness Factor”. Bigger is better, right? Or is it?

When you compare two completely different size cars it is difficult to come to the conclusion other than the bigger car is safer. I contend that it is time to rethink that convention. To understand that you must know how much safety has been implemented into cars just within the last 6 years.

And so it came that the other day I had someone ask me about the safest used car that they could buy. Interestingly he insisted on an older Volvo Station wagon as the top choice for his daughter because, well, they are big and heavy and in his opinion that was a big safety factor. Why not save a few bucks from buying a newer car and opt for the older and presumably safer Volvo.  He also cited, quite accurately, the fact that older Volvo’s are considered well-built.  Back in the day, Volvo was on the cutting edge of safety design and construction. After all, it was the Volvo Engineer named Nils Bohlin who invented the modern variation of the 3 point seat belt that we still depend on.

But compared with today’s cars, even the behemoth Volvo’s from the 90’s don’t stand a chance when pitted, for instance, against the tiny Renault Modus (see crash video below) or the diminutive little button-of-a-car, the Fiat 500 with advanced seat belt pre-tensioners, a safety-cell cage, highly engineered crumple zones and a litany of other safety features that were not even thought of on that old Volvo.

If it was truly a safe car that He wanted for his daughter, then he must consider the major safety advances that have just recently come into car production as standard equipment. Here are just a few that should rank high on his wish list.

Safety Cell: Reinforcement with high strength material that surrounds the passenger compartment  in areas subject to high loads in a crash.

Advanced Crumple Zones: Designed to absorb and dissipate the force of a collision away from the passenger compartment.

Advanced Airbags:  Not like your old fashioned airbags. These are designed to isolate and protect various body parts and deploy at different velocities and depths depending on the occupants position and size.

Advanced Seat Belt Pre-tensioners: Seat belts designed to tense up when a collision is imminent and are sometimes designed with seats that automatically adjust for increased crash protection. (Conventional pre-tensioners activate during a collision).

Antilock Braking System: (ABS) This system is designed to “pulse” the brakes so that the vehicle does not go into an uncontrollable skid. If you’ve ever driven in snow or ice you know that brake lock-up is a scenario for total loss of control.

So it is with these main safety advances that bring to light our new choices when we decide on our next car for ourselves and loved ones.