Greg Macke is a professional car buyer and consumer advocate. He has worked closely in the industry to improve the buyers experience. His internet tutorials offer help to the car buying public. Visit him at www.yourcarangel.com 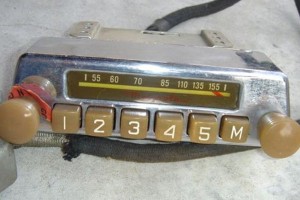 In 1930, the Galvin Corporation introduced one of the first commercial car radios, the Motorola model 5T71, which sold for between $110 and $130 and could be installed in most popular automobiles. Founders Paul Galvin and Joe Galvin came up with the name ‘Motorola’ when his company started manufacturing car radios. The Motorola prefix “motor-” was chosen because the company’s initial focus was in automotive electronics.

The first electric car was built in 1891 by William Morrison. However, the increasingly popular electric cars fell out of favor once Henry Ford introduced the gas-powered Model T in 1908. The years 1899 and 1900 were the high point of electric cars in America, as they outsold all other types of cars. One example was the 1902 Phaeton built by the Woods Motor Vehicle Company of Chicago, which had a range of 18 miles, a top speed of 14 mph and cost $2,000. Later in 1916, Woods also invented a hybrid car that had both an internal combustion engine and an electric motor. Sound familiar?

Should You Turn Your Car off at a Stoplight or Not?

A car uses 1.6 ounces of gas idling for one minute. It takes ½ ounce to start the average automobile. Idling uses more fuel than turning off your engine and restarting it. As a rule of thumb you should turn off your engine if you will be idling for more than 30 seconds.

Where the Word “Jeep” Comes From

The term “General Purpose Vehicle” or a G.P.  was used as a designation for the popular four wheel drive vehicle used during World War II. A popular character introduced in the Popeye comic strip series in 1936 named “Eugene the Jeep” was what influenced the term, and the only sound that Eugene made was “jeep“.  This connection made the new term stick and pushed it quickly into common usage.

Most Roll Royce’s per Capita in the World

Among the firsts was a speeding ticket issued in Dayton Ohio to Harry Myers while driving on West Third Street. His infraction was going twelve miles per hour. The year was 1904. 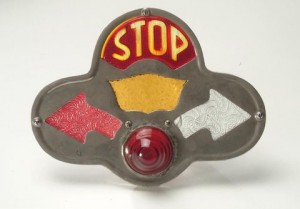 In 1939 Buick was the first U.S. automaker to offer factory-installed flashing turn signals. It was considered a new-fangled safety feature called the  “Flash-Way Directional Signal” operated from a switch on the new “Handi-shift” column-mounted shifter. In 1940 Buick enhanced the directional indicators by extending the signals to front lights and adding a self-canceling mechanism. That year directional signals became standard on Buick, Cadillac, LaSalle, and the Hudson Country Club vehicles and optional on Chevrolet, Oldsmobile, and Pontiac

The Key of Car Horns

Up until the mid 1960’s most car horns on American cars were tuned to the musical notes of E flat or C. Since then, many manufacturers have moved up on the scale to notes F sharp and A sharp.  However most American car horns beep in the key of F.

The first traffic lights were installed on December 10th, 1868 to control the traffic in front of the British Houses of Parliament in London. The design combined three semaphore arms with red and green gas lamps for night-time use, on a pillar, operated manually by police constable. The gas lantern was turned with a lever at its base so that the appropriate light faced traffic. Although it was said to be successful at controlling traffic, its operational life was brief. It exploded on 2 January 1869, as a result of a leak in one of the gas lines underneath the pavement. With doubts about its safety, the concept was abandoned until electric signals became available.

The first electric traffic light was developed  in 1912 by Lester Wire, an American policeman of Salt Lake City, Utah, who also used red-green lights., the American Traffic Signal Company installed a traffic signal system on the corner of East 105th Street and Euclid Avenue in Cleveland, Ohio. It had two colors, red and green, and a buzzer, to provide a warning for color changes.

In 1911, during the first ever Indianapolis 500, driver Ray Harroun drove to victory. His car was hand built for only one person, meaning he had no room for the traditional riding mechanic. In order to keep an eye on drivers behind him, he installed a rear-facing mirror in the car. His simple idea worked and he won the race. Soon after, car manufacturers implemented the idea and rearview mirrors became a standard safety device.

I hope you have enjoyed these interesting car facts.
Greg Macke – Your Car Angel